Initially designed by Lloyd Stearman (link Boeing biography of L.Stearman here can his name be a hyperlink to the following address? – https://www.boeing.com/history/pioneers/lloyd-c-stearman.page), The Stearman company merged with Boeing in 1929 who started making the Boeing Stearman Kaydet in large numbers in Wichita, Kansas.

Throughout the 1930s and 1940s the Boeing Stearman Kaydet was used as the Primary Trainer for the US Army Air Corps and Navy.

The Kaydets have fabric-covered wooden wings, single-leg landing gear and an over-built welded-steel fuselage. Only radial engines were used. Between 1936 and 1944, Boeing built 8,584 Kaydets, in all versions, plus the equivalent of 2,000 more in spares.

Boeing Stearman Kaydets were widely used airplanes. In addition to sales to the U.S. Navy and the Army Air Corps, the trainers were sold to Canada, China, the Philippines, Venezuela, Argentina and Brazil for both military and civilian uses. Many were still in service in the early 1990s. Their slow, low-level flying capabilities made them particularly suitable for crop dusting and spraying and they were only replaced by helicopters in the late 1970’s. (wording mostly (unashamedly) stolen from Boeing Website – can we make sure we credit! https://www.boeing.com/history/products/stearman-kaydet-trainer.page)

Wingwalk.buzz are proud to have two of our own Boeing Stearman Kaydets both of which have been fully restored and are maintained to the very highest of standards.

In order to book your very own Wingwalking Experience atop one of these beautiful and historic planes click HERE. 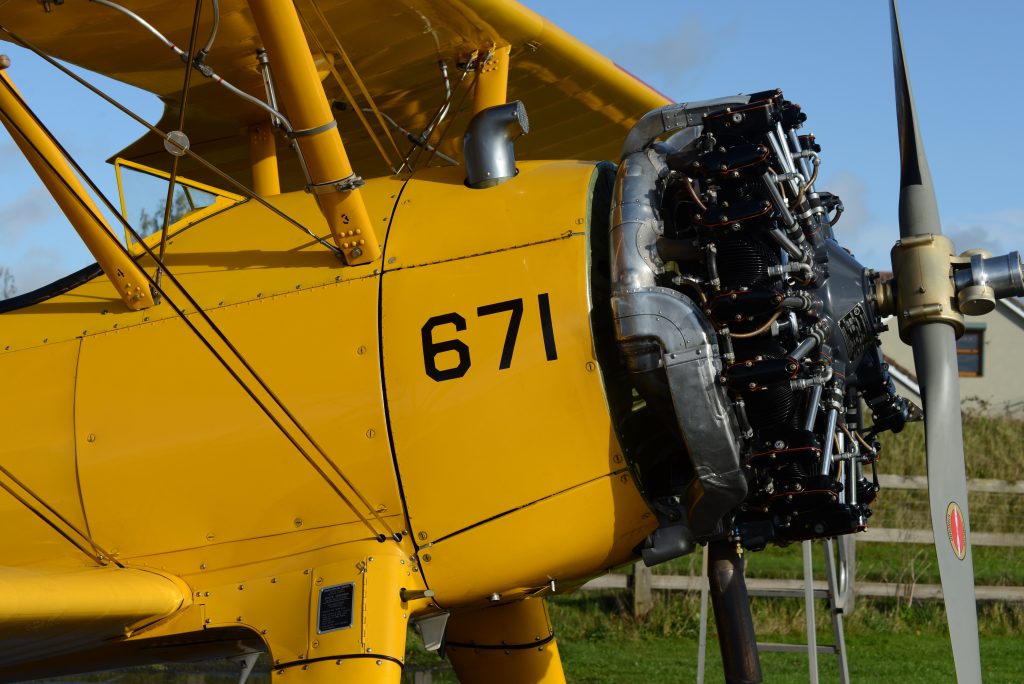